As we approach Remembrance Day On November 11th. this year it will mark the Centenary of The Armistice, the end of World War One. We will be paying tribute with just a few stories of District men and women who made so many sacrifices and have their names on our Monument. Their stories represent the experiences of just a few, but typical of the 119 names from the District, whose names are honoured on the Monument. We start with Mary Kennedy.

Mary Christina Kennedy was born in Longwarry in 1884; the first survey of the Longwarry township in 1886 shows that the Kennedy’s lived on what is now Princes Avenue, close to the intersection with Mackey Street. She was the daughter of David Thompson Kennedy and Christina Mary (nee) Hill.
Her initial training was as a nurse at the Kyneton Hospital, and she worked at a number of private hospitals, including a time as Acting Matron at Warragul Hospital before enlisting in the Australian Army Nursing Service. (AANS)
When she enlisted on May 10th. 1915 she had a total, including training time, of 81/2 years’ experience.
Nurse Kennedy did not have a great deal of time to organise things, just 8 days, before she was on a boat heading for Egypt. Nurse Mary Kennedy embarked on May 18th. 1915 with the 3rd. Australian General Hospital. 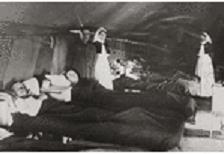 3rd. General Hospital on the Greek Island of Lemnos 1915.

Just a short time later Nurse Kennedy herself was evacuated from Lemnos to the Hospital in Alexandria in October 1915 with a severe case of dysentery, but she was back on duty at the Island by November. 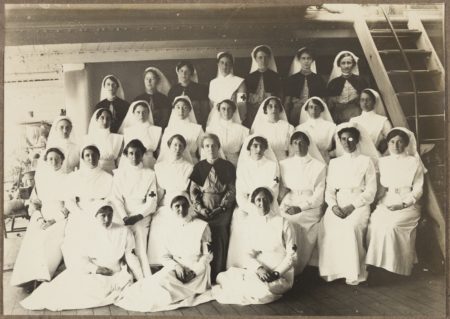 Nursing Staff 3rd. Australian General Hospital Abbassa Egypt 1916. We expect Nurse Kennedy is in this picture as she was there at the time. We just don’t know which one she is.

When the evacuation from Gallipoli was completed in late December, Nurse Kennedy was transported back to Egypt on January 27th. 1916, where she served in the 3rd. Australian General Hospital located at Abbasia just outside of Cairo.

As the war on The Western Front became even more intense the hospital and Nurse Kennedy were on the move again to Abbeville on the Somme, but not before she had a few weeks leave in England from October 1916 to November 1916.

Mary arrived at The Somme Valley towards the end of what is commonly regarded as the bloodiest 5 months of the war. The Battle of The Somme from July until November 1916 claimed 400,000 British, Australian, New Zealand and Canadian troops as casualties in the 140 days of fighting.

The 3rd. AGH at Abbeville would have been overflowing with the wounded and sick troops and to make matters worse the winter from November all the way through to April 1917 was particularly severe. 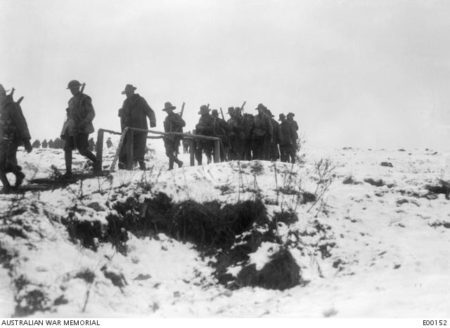 The ground was frozen hard, and the trenches filled with snow under these conditions it is no surprise that apart from the wounded, the hospital was inundated with very sick soldiers, with everything from dysentery to frost bite. It would have been a very busy time for our Nurse Kennedy.

In July of 1918 the now Sister Kennedy was moved up to a Casualty Clearing Station which would be very close to the front line of fighting, close enough to hear and see the shelling and near enough to be in real danger should the Germans suddenly make an advance.

When the shooting stopped on November 11th. 1918 there were still many very sick and severely injured soldiers that needed hospital care, however as there were virtually no new casualties coming in, things began to wind down and on December 14th Sister Kennedy resigned from The AANS to marry Dr. Alfred Maclure OBE in St. Pancras, in London in 1919, in those days married women could not continue to nurse. No doubt they met in a hospital.

Mary Kennedy did return to Australia but we don’t know when or under what circumstances, or if her husband was with her. What we do know is she lived the final years of her life in Queensland and died July 23rd. 1965 aged 81 years.

No favours from the Government for a Nurse who served her country through terrible times for 4 years as with her resignation she signed a letter saying that The Australian Government no longer owed her a ticket home.

When you marry overseas you don’t get a free ticket home. We don’t believe it was the same for Australian Soldiers who had English brides.